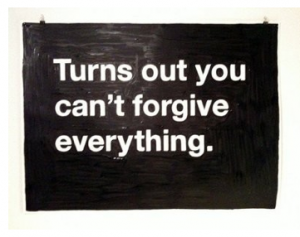 Yeah, I know I’ve spent all week talking about forgiving but not forgetting. In spite of that there are a few people that I just can’t seem to forgive. These are my top 5.