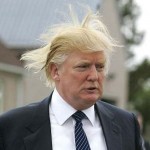 You’re probably afraid of something. We all are. The key to success in the working world is to ensure that those fears are not debilitating. I’ve done a quick poll to find out what people are afraid of and in a very unscientific manner come up with the top five.

It all comes down to fear of being humiliated.

Work is a social place and we all grew up in the schoolyard where humiliation led to being ostracized.

Well it’s time to get over it. The fact is, no one is really watching what you’re doing anyway. Unless you’re already the butt of office jokes, a few slips here and there will go unnoticed.

If you’re the butt of office jokes it’s probably because you’ve failed at making connections with people and they already resent you. Chances are in this case, you are oblivious to the humiliation anyway just as you’re oblivious to others around you.

If you’ve made real connections with people, they will actually feel empathy for you when you screw up.

Now, you might ask, why a picture of Donald Trump. Well its sort of like imagining your boss naked. Nothing is quite so scary as that thought. In this case just think, if The Donald isn’t worried about being humiliated by having the most ridiculous hair in the western world every single day, why are you worried about a little transitory screw up from time to time.