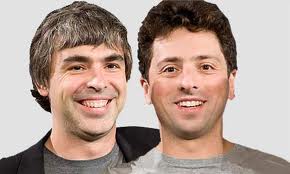 I am reading a book called In the Plex: How Google Thinks, Works and Shapes our Lives, which, as you might imagine is the history of Google. As a book, it is a marvellous story about one of the world’s most influential companies.

The book has a great story about Larry Page and Sergey Brin who hated meetings. Up until 2007, they had a team of personal assistants to do the things that personal assistants do. (Having never had one, I don’t actually know what they do but I hear they can be quite useful if you’re really rich.)

If people wanted meetings with Larry and Sergey, they would ask the personal assistants who would in turn ask them if they wanted a meeting on such and such a topic. However, because they had assistants, it was easier for employees to ask them to meetings where they would have been loath to ask Larry or Sergey directly.

So they got rid of their assistants in 2007 and either took or didn’t take meetings requested through Google Calendar. (It also meant that the other executives assistants had to do more work because Larry and Sergey had no one dedicated to other menial work.)

Without assistants though, The pair became inaccessible because you had to catch them directly to make major decisions. “Larry got rid of his assistants so that he would never meet with anyone who couldn’t figure out how to get a meeting with him.”

If you wanted a meeting, you had to figure out where either one was or where they were likely to be so you could catch them in the hall and harass them.

In a way I can sympathize with them. Employees demand a lot from leaders and can rely on leaders too much. While being accessible is the first step in being a good listener, maybe too much listening is a bad thing. Inaccessibility has certainly worked for Page and Brin.