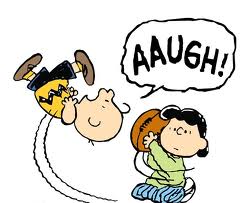 There is a great Peanuts cartoon that exemplifies the problem of competing visions. In it, Lucy is talking to Charlie Brown.

Replies Charlie, ‘I’ve never been able to get one unfolded.’

While RIM’s problems of competing visions are well publicized, the problem seems to be a staple of today’s environment.

Vision intransigence and competition are not something new but seem to be growing in business. As the role of the company founder diminishes, boards have no clear person to turn to to foster a new vision. Their problem is one of building a vision around shareholders or around customers, or have some have done it, around employees.

When there are founders running private companies, vision is clear and the responsibility of one person only. When the company is public or the founder is no longer there, does the CEO really own the vision? In theory yes, but that isn’t always the case.