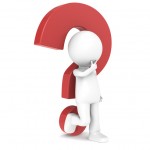 You may have heard of the new trend sweeping the world of medicine. It’s called Evidence Based Medicine. It uses the best current evidence to make decisions about the care of individual patients. The logical ones among you might wonder, if they don’t use evidence, then what would they use?

Well Evidence Based Management is making its inroads into the world of business albeit a bit more slowly. Same question. If you aren’t using evidence to make management decisions then what are you using?

Evidence based management means getting the facts and then using those facts to make management decisions. Simple isn’t it but few people do it. What they do instead is make decisions based primarily on gut feel, habit, ideology, or even better, wishful thinking.

Evidence based management does not mean waiting to get all the facts, completely ignoring your gut, or ignoring ethics or values. It just means getting the best evidence you can in the time allowed and using that evidence as one factor in how you make your decisions.