How to deal with a selfish boss 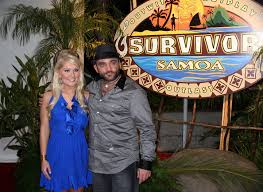 So my little test with a Twitter poll got a few responses and although not enough for scientific conclusions, did show that 63% of respondents did agree that their boss was either mostly or totally selfish. But this is actually a good thing.

Think of it this way. If you have a selfish boss then he or she will probably be promoted quickly since research shows that it is selfish people who are more likely to get promoted.

If you can feed into that selfishness by:

Then you’ll become invaluable and your boss will want you as part of her team in whatever job she gets next.

So look at it this way, if you have a selfish boss, you have a ticket to the top. (In case you haven’t noticed, this is what happens a lot in Survivor. Just remember how Natalie White beat Russell Hantz, the ultimate selfish boss in Survivor Samoa.)