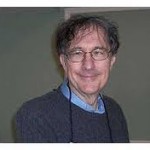 Lest you think I’m making up some of this stuff on Intrapersonal Intelligence, I want to introduce you to Howard Earl Gardner, an American developmental psychologist who is a fancy professor at Harvard. The author of over 20 books he is best known for his theory of multiple intelligences.

Gardner’s theory is that intelligence is not generalized but that people have eight different types of intelligence, all independent of each other. These intelligences are different ways of learning and processing information, Gardner has identified eight intelligences:

As a leader, you’ll need to use many of these types of intelligence but the foundation of your success is to be able to understand yourself, thus Intrapersonal Intelligence.

If you want to read more on this subject I would recommend Gardner’s book “Intelligence Reframed” (1999).