Is a lack of business passion stunting Canada’s innovation economy? 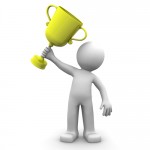 I promise I’ll get off this Passion soapbox next week. Meanwhile, just one last post in the series.

For a long time, I’ve been trying to figure out reasons why Canada’s innovation economy may be under performing that of the US. Someday someone smarter than me will figure it out. Meanwhile it just forms part of our national angst and I’ll keep chipping away at the subject.

This week, I’ve determined that business passion and its dampening of product passion may be contributing to Canada’s weak performance. Bear with me here.

One thing that bothers many in the innovation economy is our inability to grow large public (or private) companies that dominate markets, are category busters, star performers. RIM was one of those and still may be again. Nortel was one. What typically happens is that good fast growing Canadian companies are bought out early in their development, before going public. While they may leave a development team in Canada, for the most part, the growth of the enterprise occurs elsewhere.

Here’s what I think is happening to cause these premature exits. The rising stars are funded by, for the most part, the canadian venture capital community. Most Canadian VCs have backgrounds in finance, not in technology or entrepreneurship whereas in the US, there is a more even mix. In Canada, I suspect that VCs are replacing the founder earlier in the company’s evolution with adult supervision, those MBA types that have been though the startup tech war and got an exit or two.

The problem with replacing a founder with a “business professional” is that the company loses the passion that brought it into being in the first place. The passion for people or product is replaced by a passion for process. The “professional” CEO doesn’t care so much about changing the world but about getting the job done for the VC. That means reducing risk and getting out early. That way the CEO can earn a few bucks and go on to doing it again. One more tick for the resume. The founder might have stayed the course a little longer as the founder was not so much interested in the money but changing the world.

Thus a passion for business is trumping a passion for product and stunting the company’s potential. Going back to RIM and Nortel. It is interesting to note that neither of these two got early VC backing, RIM getting it just before going public. In RIM’s case, this allowed the founders to stay at the helm until very recently. In Nortel’s case, it had a parent that was more interested in building a business than an exit.

We are replacing product passion with business passion, going for quick exits, and stunting our innovation economy.