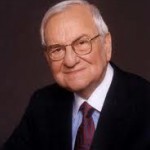 So what would you do if you became CEO of a near bankrupt company? Cut staff? Improve operations? Renegotiate loans? Or instead would you take on the competitors by introducing a completely new product line, one that competitors haven’t even thought of? Turnarounds are perhaps the most ambiguous situation a leader can face. Not only is there great ambiguity but the pressure is intense, the cost of failure is high, and the risks are enormous.

That’s pretty much the situation Lee Iacocca faced when he tacked the thorny problem of rescuing Chrysler in 1978. Iacocca did all the regular things a turnaround CEO does, renegotiating contracts with car-rental agencies, laying off workers, and getting bailed out to the tune of $1.5 billion from the feds. These were not the keys though to the re-emergence of Chrysler.

Where Iacocca succeeded was in figuring out where the market for cars was going and introducing two completely new types of vehicles. While the genesis of both new cars predated his arrival at Chrysler, Iacocca gets the credit for tweaking designs and building market dominance.

Iacocca’s first innovation was the compact to mid-sized K-car line in 1981. These cars gained quick market acceptance due to their compact size, low price and front wheel drive.

The second innovation was the introduction of the minivan in 1983, an entirely new category of vehicle that sold 210,00 units in the first full year of production and have gone on to sell over 12 million units, dominating the category since inception.

The ambiguity for Iacocca was in where to allocate the company’s scarce resources. In a turnaround you can only do so much in a short period of time and it is critical to make the right decisions. Iacocca deserves all the credit he gets for his success particularly because he took the riskiest path to a turnaround by introducing two completely new types of vehicles.