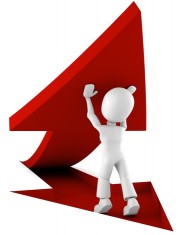 A while ago I wrote a post on Evidence Based Management. It’s great to see that charitable foundations are also using these techniques to make funding decisions. The following story comes from Macleans.

“Stern offers up an example from the early years of the Bill and Melinda Gates Foundation when it decided, largely based on guesswork, that smaller-sized high schools would improve student outcomes. Grants of $1 billion were handed out to build small schools or restructure existing schools into smaller units. But five years and 1,500 schools later, a comprehensive review revealed that all this money had done very little for student results. Math scores actually suffered.

“From the ashes [of the small-schools scheme], the foundation developed new requirements that all Gates projects and grantees be subject to rigorous and veriﬁable measurement,” Stern writes. “The Gates Foundation now maintains a department whose sole function is to measure and analyze results.” In other words, the Gates Foundation substantially increased the size of its administrative overhead to ensure its efforts were cost-effective and productive.”