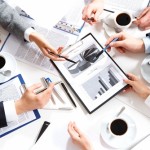 Ed Veckie of Unified Engineering forwarded a great article about People Analytics. It seems that Google has done it again and has taken a radically different approach to managing people that it has described under the term People Analytics. A blog by John Sullivan at Ere.net describes the approach.

Since people in the knowledge economy are the biggest expense, people management decisions are the most important ones that you can make. Hence the need for people analytics. Other areas of the business use analytics so why not HR? Well HR typically runs on trust and relationships but that isn’t enough anymore.

Two key quotes highlight their goals: “All people decisions at Google are based on data and analytics”  The goal is to … “bring the same level of rigor to people-decisions that we do to engineering decisions”

Within Google there is a group called PiLab that “conducts applied experiments within Google to determine the most effective approaches for managing people and maintaining a productive environment (including the type of reward that makes employees the happiest).”

This trend to evidence based management won’t stop. Concepts like People Analytics and Return on People are bound to invade even the world of HR in time.