“Effort only fully releases its reward after a person refuses to quit.” – Napoleon Hill

Perseverance works on your own tasks

Great books abound on the subject of persistence and perseverance. Seth Godin’s the Dip was an awakening for me as I am very slow to quit. Malcolm Gladwell’s Outliers countered my tendency to try to many things and never become a master at any one. Whatever your own demons, if you want to aspire to a position of leadership, you’ll need the perseverance to completely master your existing job and the persistence to keep seeking out new opportunities.

But its more than just persistence and perseverance. You need to know when to persevere and when enough is enough. If you persevere on a task that only involves you, that is great but when you persevere in trying to change other people’s behaviour, others will soon tire of you. To know when to quit, you need emotional intelligence.

But it doesn’t work when trying to change others behaviour

As a manager, your job is to get things done through other people. (Am I repeating myself often enough?) Persisting at changing a direct report’s behaviour when it isn’t bringing results is probably not going to work. In fact if you persevere long enough, you’ll do a great job pissing the other person off and frustrating yourself. So in terms of direct reports, perhaps persistence and perseverance is not always a good thing.

If you’ve tried multiple times to get a direct report to change his/her behaviour and it still isn’t working then it’s time to give up. It’s time to realize that you’ve either hired to wrong person, trained the person ineffectively or supervised them improperly. It has then become your problem, not theirs. Your options are to fire the person, change their job or change your approach. So in spite of everything you hear, there are lots of times when perseverance is the wrong approach. 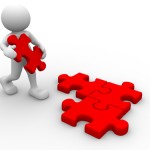 Think of someone at work whose behaviour you’ve been trying to change without success. Are things any better than when you started your change management attempts? If things are not any different and you’ve tried more than seven times then it is time for you to give up. Instead, try another approach, perhaps even a workaround.