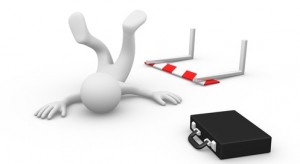 Research into the subject of resilience has shown that while for some, it is innate, for the rest of us, it can be acquired.

Emmy Werner was a sociologist who followed nearly 700 children from Kauai, Hawaii growing up with risk factors (one-third of whom had multiple risk factors) from birth to adulthood. Kauai was quite poor and many of the children in the study grew up with unemployed, alcoholic or mentally ill parents.

Approximately two thirds of these children became troubled teens and turned to petty crime.  However, about one third of the children in the exact same situation had no adverse affect—in fact some of them thrived.  Even those two thirds who had a tougher time usually managed to pull themselves together by age 30-40 and live happy and productive lives. In fact, only one out of six of the adult subjects at either age 32 or 40 was doing poorly — struggling with chronic financial problems, domestic conflict, violence, substance abuse, serious mental health problems, and/or low self-esteem.

What’s the difference here? It comes down to what researchers call Protective Factors. For the one third of children who did not act out as teens, the protective factors are innate. These children are born with characteristics such as not being distressed easily, being active, sociable, easy-going and having the ability to help themselves. Impulse control and several other key factors are in play here as well.

For the individuals who became resilient, they acquired protective factors later in life and were able to turn a negative situation into a positive one.