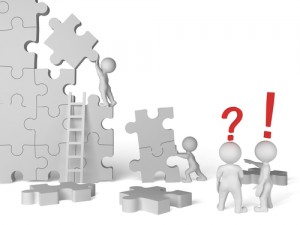 Following up on yesterday’s post on Authoritarian Leadership, we continue on Kurt Lewin’s study of leadership to look at Delegative Leadership, sometimes known as Laissez-Faire Leadership.

The second group of children in his study of leadership worked under a delegative leader to complete an arts and crafts project. Lewin’s research found that these kids were the least productive of all groups. They made more demands on the leader, showed little cooperation among each other and were unable to work independently.

These abysmal results are a function of delegative leadership wherein the leader gives little or no guidance to group members. It is perhaps unfair to have looked at this research using children as it doesn’t take into account some work situations where delegative leadership is essential. If you lead a team of very accomplished and productive people, then you had better get out of their way and let them do their thing. This is especially true where they all have some sort of technical expertise in which you lack.

Unfortunately though, in many cases, this style of leadership can lead to people having poorly defined roles and little motivation.