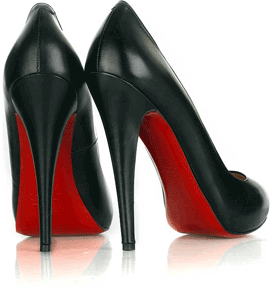 As a typical guy, I’ve always wondered why women obsess so much about their shoes. After all, they’re just shoes. In particular I used to wonder why women spend so much time shopping for shoes and so little time shopping for cars for instance. I’ve seen women agonize over shoes for the longest time and make a decision to buy a car without much angst at all. A guy on the other hand will spend all sorts of time researching and discussing cars before he’ll make a purchase but he’ll typically just buy the same type of shoes he bought the last time.

I used to think that this difference between the sexes was because women just didn’t understand the concept of materiality. After all, a car is so much more expensive that a pair of shoes. Shouldn’t you spend much more time on a car decision than on a shoe decision? Now that I am working on my emotional intelligence  I realize that it is exactly because of materiality that women spend so much time on a shoe decision and men, so much on cars.

So, you’re probably wondering what is so special about this concept of materiality. This concept is a prevalent one professionally but it has not always crept successfully into the hands of the people working in businesses. This may be due to the fact that ancient proverbs seem to go against the concept of materiality. In fact an old Scottish proverb advises people to “Take care of your pennies and your dollars will take care of themselves.” This proverb is in fact ass-backward. What you should be doing is minding your dollars and paying no attention to your pennies.

Something is material if it matters. Matters to what? Well it could be to you, your boss, the customer. The point is if you want to spend your time wisely at work and not waste it, you should only spend time on things that are material, not on things that are immaterial. Don’t waste your time on stuff that doesn’t matter and if you do this one thing well, you’ll find that you’re almost never scrambling for time.

Back to shoe shopping. Why would anyone spend more time shopping for shoes than shopping for a car? Well it all comes down to materiality but with a twist. Materiality isn’t always just about the money. Sometimes, the emotional impact matters more than the monetary one. Some people really care about how they look in pair of shoes and couldn’t care less about what their car says about them. Others have a much stronger emotional connection to a car than to shoes.