Success – How will you know when you’re there? 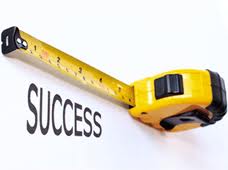 The Olympics were a great chance to watch others succeed (and fail.) If you’re an Olympic athlete, success may be doing the best you can in an event, getting a personal best. But how will an Olympic athlete know that they are there, that they have succeeded?

You see, it isn’t an easy thing to answer, even with something as straightforward as the Olympics.

Many people at work have no idea what success looks like and those who know what it looks like often have trouble knowing when they’re there.

That’s what it’s like for many employees in many companies. It is not enough that you know what success looks like. You better be able to measure it so you know you’re there.