The case against Co-CEOs 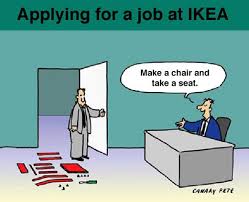 I must admit that I used to think that having Co-CEOs at a company was a good idea. It certainly looked good when Balsillie and Lazaridis were running RIM successfully a few years ago. But Saturday’s article in the Globe and Mail on the fall of Blackberry certainly cleared up any doubt about Co-CEOs.

As you might imagine, things just went swimmingly for the two of them as long as they agreed on strategic direction. One key to their earlier success was having Co-CEOs, with Lazaridis focussing on engineering, product management etc and Balsillie managing sales and finance.

But that structure began to fail as the firm grew. “The structure made it difficult to get definitive decisions or establish clear accountability.” This slowed things down enormously.

And then strategic differences began to emerge with Balsillie favouring a push to licence BBM to carriers fro use on other phones. Meanwhile Lazaridis was  trying to recreate the Blackberry with a new operating system. It can’t have been easy working there with duelling visions.