The Narcissistic Sociopath as Leader 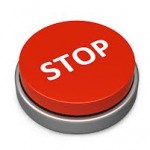 Well I think I’ve learned a new term to describe leaders like Rob Ford. The term is Narcissistic Sociopath. I started the week wondering why we end up with so many leadership scandals in politics. I think now that it’s a result of the type of people who attracted to politics today. After all, who would want the current life of a politician, always in the limelight, under constant scrutiny. It would take some one with a screw loose to want that type of life.

Take a look at the list below and ask yourself: Is this Rob Ford? Is he a Narcissistic Sociopath? The list below includes sociopathic traits taken from the book Without Conscience: The Disturbing World of the Psychopaths Among Us by Dr. Robert D. Hare, Ph.D:

But then how can we spot them ahead of time? How can we avoid working with a Narcissistic Sociopath? How can we make sure we don’t hire them or elect them?