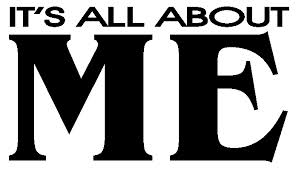 Think quickly. Is it better for your career to be selfish or to be selfless? Most leadership programs advocate selflessness and meeting the needs of your employees as a way to succeed but does that always work?

Does selfishness make you a better leader, taking the good work and leaving your team the scut work, taking credit when your team deserves it, taking way more compensation than your team members? You probably won’t have an engaged team if you do that but you might have advanced your career.

Or does the leader who fully engages a team by making sure they have good work to do, get the credit they deserve, and shares monetary rewards have a better career?

I think it comes down to short run versus long run. In the short run, if you’re going to be in a job for only a short time then it pays to be selfish. You can get quick results and jump to another job to do it again.

If you are in a particular job job for the long haul though then you’ll piss everyone off by being selfish and you’ll eventually have poor results and your career won’t advance.

Maybe this is the problem with large companies that move people around very quickly. Selfish people will succeed in the short run, become bosses, torment their employees, and then move up thus creating an executive filled with selfish people who engineer scandals such as at Enron, Worldcom, Nortel etc.