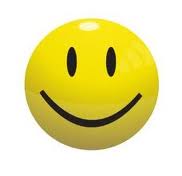 To many people, leadership is a set of traits or innate abilities. Those who adhere to this mode of thinking are proponents of what is called Trait Theory. (They also happen to be the ones whose mothers told them they were natural born leaders.)

Trait Theory postulates that people are born with certain traits or qualities that predispose them to success or failure in leadership roles. These traits are hard wired in your brain and genetic. There is some debate on how many traits that one can use to describe people and various proponents of trait theory say either three or five are enough to define people. In looking for stuff on this topic I found lists of personality traits that are hundreds of elements long.

According to the Five Factor Model, the following are the five key personality traits.

(Now if you’re like me, you just looked at this list and tried to evaluate where you fit on each of these dimensions. Don’t worry, we like you just the way you are.Well most of us do anyway.)

The main problem with Trait Theory as I see it is that it means that people can’t change or it is so difficult to change people that it isn’t even worth trying. There go all the efforts at using coaches and psychology then to influence traits. If this were true as well the self help industry would be eliminated. Bye Bye Tony Robbins.

So too would leadership training.

This gets into the nature or nurture argument that I tend to think is a waste of time. Yes, there are some genetic traits that are part of one’s makeup but there is so much more that is learned that Trait Theory is too restrictive.