What the Deepwater Horizon oil spill can teach us about leadership 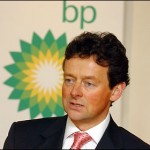 When held to account by Congress, Hayward repeatedly told members of Congress that it would be “premature” to prejudge the outcome of investigations into the explosion.  He refused to be drawn into discussions as to the causes of the disaster and this continued stonewalling led to growing frustration on the part of Congress. He also reiterated his claim that he wasn’t personally involved in decisions relating to construction of the well.

In refusing to accept blame, Hayward failed to take responsibility.I’m sure he took responsibility for their prior results but failed in this one crucial aspect of leadership.