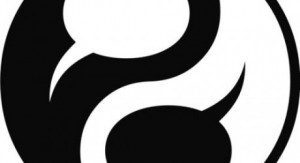 For some reason, I’ve had three conversations within the last few days, all on the subject of ambiguity. This isn’t a concept that we talk about all the time so I have found it odd that I’m encountering it more on a daily basis.

The first conversation was with a friend whose life is undergoing change. She is transitioning from one long term job into a more entrepreneurial life and she is very unsettled, not being sure how the transition will evolve.

It has been a long time since she has been in such an ambiguous situation and for one who thrives on having a very well defined to-do list, the idea of not knowing what to put on that list is causing emotional turmoil.

The second conversation was with another friend who was trying to figure out how to improve the teaching of leadership in a modern workplace. She knew that the transition from the industrial economy to the knowledge economy had changed how we need to lead and was exploring concepts that explained that change.

Resolving ambiguity came up as a key to success in leadership roles in the knowledge economy. It is much harder now to identify and measure success so leaders need to help employees in their struggles to turn ambiguous situations into actionable plans.

And finally, I was attending a presentation by students who had just finished an internship course at U of T. A number of students expressed both surprise and dismay that when they started their internship, they weren’t told exactly what they had to do. They had to figure it out themselves.

School, with its highly defined system for measuring success, doesn’t lend itself to ambiguous situations that are encountered in the workplace.

As time goes on, I suspect more and more of us will have to face high levels of ambiguity on a daily basis. Success will come to those who can not only cope with it but who can embrace ambiguity and figure out for themselves how to achieve success.