Who’s Got Your Back? 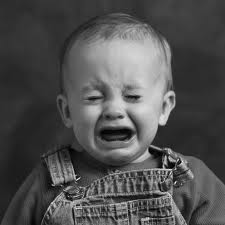 Over time we lost our allegiance to institutions or to groups. We started to follow people instead of parties which is why Jack Layton did well. We dropped traditional religions in favour of evangelical pastors. We now switch car brands at the drop of a hat. We listen to Pink and don’t even know the name of her band. Unions have gone the way of the Dodo except in the public sector. And we switch between multiple employers over many years.

This has really been a fundamental change that hasn’t been translated into the area of leadership. Where we used to look to leadership from institutions and they earned our allegiance, we now look to individuals for leadership, in politics, religion, work, entertainment. This is a fundamental part of the new economy.

Meanwhile, these new leaders aren’t doing anything much different than they did 50 years ago. They haven’t realized that individual leadership is so much more important than it was 50 years ago. Our leaders for the most part have failed to learn new ways to lead for a new set of needs.

That’s why people are so disenchanted now at work, with their lives, with their leaders. Our leaders haven’t seen the new needs of followers that flow from a change of alliegance from the insitution to the individual. In the old days, the firm had your back. Who’s got your back now?