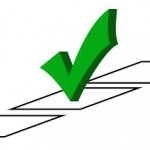 So research says that women leaders are better than men when they are rated in 360 degree surveys but I guess the question remains: do they get better results? Rather hard to measure this yet as the takeover of the C suite by women is not yet complete. But there are two studies that I have found that are indicative.

The first study relates to women on the board of Directors and was reported on Bloomberg. “Shares of companies with a market capitalization of more than $10 billion and with women board members outperformed comparable businesses with all-male boards by 26 percent worldwide over a period of six years, according to a report by the Credit Suisse Research Institute.”

A blog on Nasdaq reported reported “Fortune 500 companies that had a woman at the helm for all of 2009 were up an average 50%.” And according to Forbes: “as a group they outperformed the overall market–companies dominated by male chief executives–by 28%, on average, and topped their respective industries by 15% [in 2010].”

So if the research is correct and women leaders are rated better and get better results, why are they better? What is it that makes women better leaders and what can we men learn from that?