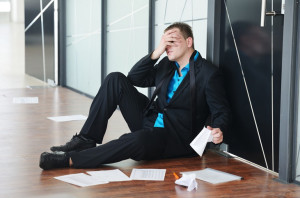 I came to the realization the other day that we need a new term for startup failure. For some reason, articles such as this one, seem to link childhood failure in school and on the sports field with startup failure. But the linkage is just not there.

Let’s look at how we use the term failure.

If you take a course in school and do not pass, this is called a failure. And this is one place where the term is properly used. You have failed to pass.

Now in school again, if you lose a game of baseball, some people call this a failure but it is actually only losing a game. You haven’t failed when you lose a game because you can’t win every game the way you.

And look at the field of scientific research. I have a friend who is researching malaria. He has been at this for over 30 years. Is he a failure because he hasn’t cured malaria yet?

When you look at startups, we use the term startup failure to describe all sorts of different situations. If you look at the stats, something like 75% of startups fail, quite like batter stats in baseball.

But these aren’t really failures, they are startup attempts that are just like times at bat or scientific experiments. The problem with the term startup failure is that is lends such a negative connotation and a sense of shame to the entrepreneur.

When someone tries a new business venture they start out with a thesis or proposition that they need to test in the market. They try a bunch of tests until they get it right.

Some entrepreneurs get it right faster than others and they succeed. Others might be trying something more difficult and it may take longer but if they run out of money, they stop trying.

This unfortunately is called a startup failure when it really isn’t a failure. Much like a scientific experiment it is the act of stopping trying.

The Germans solve the problem by having so many different words that their meanings are nuanced and have much less chance of connecting with an negative emotional response. In German, academic failure is Schulversagen and liver failure is Leberversagen.

Startup failure in German is covered by the phrase Startfehler which effectively means Startup Error and this is closer to the mark but not there yet.

Since I have such a huge following in the blogosphere (not) I’m going to invent a new word which will immediately catch on. Going from the German for Stop Trying – “Stoppen zu versuchen”, I’m going to propose we use the term Versuchen for failure.

Thus a failed startup is now a versuchen startup. You can use the term in ways such as “I really versuched that startup” or “he’s a serial versucher.”