The death of logic and facts 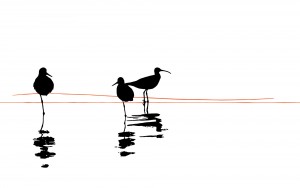 As time goes on, I become more and more convinced that logic and facts don’t matter. This is tremendously upsetting as I’ve grown up to favour the logical over the emotional. In fact I actually get turned on by facts. (Yes, how nerd-like can one be?)

The death of Rob Ford and the ascendancy of Donald Trump (Drompf?) brought this to the fore. Here are two politicians whose brazen manipulation and ignorance of facts didn’t hurt them at all in political battles. What they understand is that all that matters is emotions. And they did a great job appealing to the basest of human emotions.

I blogged about some of this this yesterday on LinkedIn which I’m experimenting with as a blogging platform. Today though I was reading an article in Harvard Business Review on the Science of Emotions which really focussed my thinking.

Because emotions are messy, hard to predict and difficult to use in marketing, this group created a standard lexicon of emotional motivators that can be used by marketers. This will allow companies to use data analytics to identify emotional motivators and use statistical modelling to determine the most profitable customer motivators.

This is all slightly upsetting to think that I am being manipulated like this all the time. But then I thought about what I buy. For some odd reason, I have an emotional attachment to Apple products because of their design. My hyper-logical son is quick to point out though that I’m buying a closed system at tremendous cost and that it doesn’t make logical sense. But I love Apple products. There’s that emotional reaction.

And I wear a lot of Patagonia clothing. Not because it’s the best manufactured outdoor wear but because I love the image they portray and how I identify with their image.

But does this mean logic and facts are dead? Maybe not dead yet but failing. If we can turn emotional appeal into a science then maybe we have merged emotion and logic in a way that will turn consumerism fully into a new wave religion.