Is being accessible important? 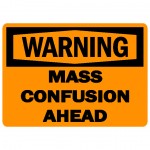 I did a bad job with yesterday’s post. As with many issues in leadership there are politically correct answers and then there is reality. There is no one clear way to be a leader and in some instances like being accessible, there are pros and cons.

The point I was trying to get across yesterday (and failed miserable according to one reader) is that being accessible can be a good thing in a leader but it can also be a bad thing.

Way back in 2000 or so when I got my first Blackberry, I noticed that people at work were involving me in more decisions. Whereas before the damn thing was invented, I could be out of reach, its invention now meant that I was accessible. Accessible for small decisions, immaterial things, things I didn’t need to be involved in.

Yes, I was accessible but I wasn’t delegating as much as when I was unreachable. And there is the counterpoint to accessibility: delegation. Being a good leader means delegating does’t it? (We’ll debate that one another time.) But it also means being accessible right?

So as an employee which way would you rather have it? Would you prefer a boss who was accessible but didn’t delgate as much or one who was inaccessible but delegated more?

These nuances in the subject of leadership are killing me. The more I learn, the less I think I know.