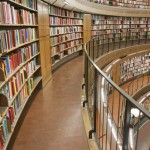 Trust academics to study everything. You might have read last week’s rant on whether leaders are born or made. Sure enough, some very distinguished academics attempted to use research to figure this out.

To study whether leaders are born or made one group of researchers used identical and fraternal twins. “Preliminary evidence using a behavioral genetics approach has shown that approximately 30% of the variation in leadership style and emergence was accounted for by heritability; the remaining variation was attributed to differences in environmental factors such as individuals having different role models and early opportunities for leadership development (Arvey et al. 2007*).

Because identical twins have 100% of the same genetic makeup and fraternal twins share about 50%, this behavioral genetics research was able to control for heritability to examine how many leadership roles the twins emerged into over their respective careers. In this and subsequent research for both men and women across cultures, similar results were obtained. The authors conducting this research conclude that the “life context” one grows up in and later works in is much more important than heritability in predicting leadership emergence across one’s career.”

I’m glad that debate is done and we can turn to actually figuring out how to develop people as leaders instead of inventing tests to identify leadership capabilities at birth.