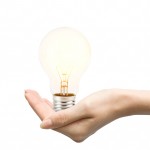 I’ve spent the last couple of years trying to figure out what leadership is, what conditions support good leadership and how people learn to be leaders. I’m continually surprised by what I learn and think this is a marvellous topic because it is so complex and so rooted in human dynamics.

Until this week I hadn’t thought about whether women are or are not better leaders than men. Frankly it had never crossed my mind to think of the issue but thanks to Rob Ford and other male-dominated scandals, I waded in fearful of the minefield and potential backlash.

I have been trying to boil down leadership to a common set of conditions under which all sorts of behaviours can be exhibited. In previous posts I had identified leadership as meeting follower needs for vision, to be cared for, to understand and be understood and to be motivated.

I have been debating with myself and others recently as to whether leadership is all emotional and was leaning that way until this week. I’m now of the opinion that leadership is the ability to use a balanced set of behavioural, emotional and intellectual skills to get things done through other people.

I used to say that men have no emotions and now know this to be misstated, men just don’t understand their emotions, they frequently lack emotional intelligence. And this hampers our ability to be better leaders.