Bias in the Workplace 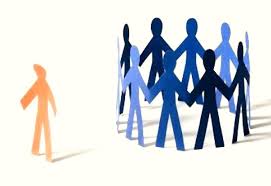 I think I blundered accidentally into this issue of bias in the workplace when I wrote yesterday’s blog on Teacher’s Pet. I was sitting at the computer last night and Googled ‘Bias in the Workplace’ and got 3 bazillion hits on racial and gender bias.

This of course got me thinking because I wasn’t looking yesterday at negative biases but at positive ones. The thought struck me, what is worse for the workplace, positive biases or negative biases? Don’t get me wrong, I’m not in favour of either.

As a society though, we tend to frown heavily on negative biases (and rightly so.) Discrimination has no place in the workplace and it is extremely demotivating to those affected. But what about to everyone else? Do negative biases demotivate those who are not the target? I’m not sure I can answer that.

What I do know is that positive biases are de-motivating for everyone who is not the teacher’s pet. Favouritism has an insidious way of poisoning the entire environment in a way that I don’t think discrimination does. It may come down to empathy.