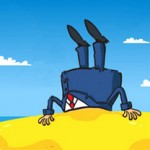 I had an interesting conversation in Waterloo the other day with Trish Crompton, Communitech‘s Digital Journalist about Founder’s Syndrome. I’ve thought much about the syndrome since and realized that it doesn’t apply just to founders of companies but to everyone who works. It is in fact the foundation of the Peter Principle.

First, let’s look at Founder’s Syndrome. According to Wikipedia “The passion and charisma of the founder or founders, which was such an important reason for the successful establishment of the organization, becomes a limiting and destructive force, rather than the creative and productive one it was in the early stages.” This usually means that it is time to turf the founder and get a more experienced CEO.

And the Peter Principle says that people are promoted one level above their level of competence because companies promote people who are great at their jobs, not ones who will be great at the next level. (Which pretty much means that all managers are incompetent.)

So what is it that causes the founder’s syndrome or the Peter Principle? In thinking it through, I’ve realized that what stops people being effective is their inability to learn and to adapt to new situations.

When you stop learning and adapting, you’ll stop being effective and will stop being able to handle the next new challenge. As I’ve said before, you have to wake up every morning thinking that absolutely everything you know could be wrong  if you want to continue to learn.

So learning is the key to continued success. As long as you can learn at the same pace as your situation changes, you’ll not fall behind and be subject to Founder’s Syndrome or the Peter Principle.