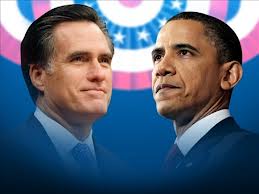 One of the first steps in solving a problem is identifying the issues and if you can, the root cause. I’ve watched a bit of the presidential debates on TV and thought it would be interesting to see what Obama and Romney think the root causes are for America’s economic malaise. So I went trolling on their websites to see if I could identify what is the basis for one of the biggest differences between the candidates.

In short, “Romney believes that the government is an impediment to economic growth and should mostly get out of the way. The president argues that the government plays a vital role in creating the foundation for a strong economy.” (www.washingtonpost.com) What is interesting here is that Romney is identifying a cause whereas Obama has not done so but jumps straight to a conclusion (of platitudes).

“President Obama has a plan to grow the economy from the middle class out, not the top down. We can’t just cut our way to prosperity, and we can’t go back to the same failed policies that caused the economic crisis and punished middle-class families.” (www.barackobama.com) “President Obama and Democrats are fighting to strengthen our economy further and create jobs for American workers by ending tax loopholes for corporations, providing tax cuts to small businesses, investing in a clean-energy economy, and putting Americans to work rebuilding our infrastructure. (www.democrats.org)

I’ve checked a bunch of websites and have yet to find anywhere that Obama has stated what he believes to be the cause of the failed recovery. He tends to blame everything on 2008 but can’t explain why there has been such a slow recovery.

“Mitt Romney will rebuild the foundations of the American economy on the principles of free enterprise, hard work, and innovation. His plan seeks to reduce taxes, spending, regulation, and government programs. It seeks to increase trade, energy production, human capital, and labor flexibility. It relinquishes power to the states instead of claiming to have the solution to every problem.” (www.mittromney.com)

To Romney, the government is the problem and he believes that high taxes, regulation, and federal meddling are hurting the economy. Very clear problem identification but altogether too easy an explanation when there are so many things that are contributing to the Great Recession.

A pox on both their houses.