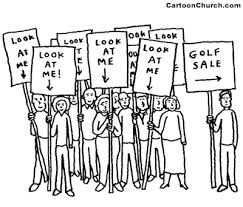 Are you sitting doing your job quietly while everyone else is getting all the glory? Do you wish that more people paid attention to what you know? Are you upset when obvious phonies get all the attention?

It sounds like the beginning of a Charles Atlas ad that promises to turn the 98 pound weakling who gets sand kicked in his face to a super buffed guy who gets all the babes. But at work it is truer today than ever before.

If you can’t promote yourself, why would anyone else do it for you?

Oh yes, you can say that self-promotion is a waste of time. Eventually someone will notice what you do but that just isn’t the case. Unfortunately, people who don’t promote themselves rarely get anywhere. This is why effective self-promotion is one of those skills that a leader can’t do without.

Now I’m not one to ask how to do this because I actually suck at it. I would rather learn something from someone else than talk about what I’m up to. I just can’t figure out the right balance. That’s why I’m not very good as an entrepreneur, not very good at sales unless I’m dealing with someone who makes decisions based on evidence versus personality.

Now several weeks ago, I admitted I wasn’t very good at networking and it’s all part of the same gene. I haven’t figured out how to network well and I’ve not figured out this self-promotion thing yet. I think I’ll have to develop a process.

If you have any ideas on this, I would love to hear them.

PS: As I finished this and went looking for an image to steal and post to accompany the article, I discovered that there is a Dummies book on Self-Promotion. MUST BUY.