I was looking at a performance plan and bonus scheme for someone today and noticed a rather problematic hurdle. That’s one of those statements that says you get a $10,000 or whatever bonus if revenue exceeds $1 million. These weren’t the numbers but I blanched at the amounts as the bonus was large and the hurdle was high. It was so high, it was almost a cliff. 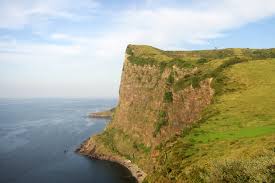 I’ve worked with people before, who when they realize they don’t have any chance of meeting their bonus, sandbag sales in order to shift them into the next year. The same thing happens with ceilings. In the old days IBM had a rule that no one could earn more that the President. That stopped more than one sales rep from selling late in the year.

The problem is, what do you do about performance hurdles and ceilings? I think ceilings are stupid. You can get burned one year without a ceiling but you can change the comp plan the next year so the expected revenue is more in line with reality.

But hurdles are another matter. How do you set a minimum standard without a hurdle. I don’t think there is any way to deal with them except through one of my favourite tools, trailing 12 month averaging. Paying every quarter or even monthly based on the last twelve months results doesn’t penalize or benefit anyone for sandbagging and you can adjust the hurdle rate to make it more realistic on a regular basis.

I know one company that pays bonuses based on weekly results. You can have an off week and it won’t affect the rest of your month. It also means that you can’t slack off for very long as you’re being measured all the time. They have hurdles and they work when measured weekly.

Complex to administer, maybe but it gets rid of quarter and year end stuffing which inevitably leads to operating issues and it keeps people on their toes all the time.