Cooperating with your competition 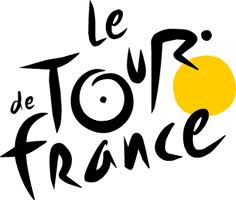 Spoiler alert – Do not read this if you intend to watch the Tour de France later today.

Today was a 173 km flat stage ending in Saint-Amand-Montrond. As a flat stage, there isn’t usually much drama as everyone rides together with the peleton until the sprinters make a mad dash at the end.

What made today’s tour different and was damaging to Chris Froome, the Tour leader was a nasty side wind that kept breaking the peleton into smaller and smaller groups until a final break of 14 riders including Alberto Contador prevailed and Mark Cavendish sprinted to victory.

What was interesting though was to watch how competing teams worked together to either get a jump on the competition or try to catch up to the leaders. It was an ever evolving game of cat and mouse where you cooperated with another team one minute and then left them in the ditch when you decided they were ripe for competition.

What it reminded me was of the game for promotions in large corporations where employees cooperate only until such time as they think they can get the leap on co-workers and then they turn cooperation into competition.

It also mimics corporate strategies that have major firms cooperating to further their joint aims while they are looking for chances to drive into a competitive mode.

On a side note, this is what you get to do when you don’t have a boss. You can sit around all morning watching the Tour and claim that it is research.