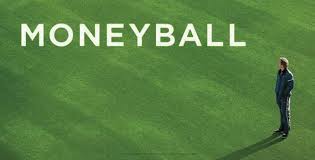 If you haven’t had a chance yet, then watch the movie Moneyball. It’s about the Oakland Athletics baseball team and its general manager Billy Beane. While other general managers made their decisions about player personnel using subjective and flawed criteria, Beane went so far as to see what evidence he could get on what actually worked. (Evidence Based Baseball).

Using rigorous statistical analysis he found that on-base percentage and slugging percentage were better indicators of success than other more commonly-used statistics. This allowed the As to compete against much richer teams by signing players that other managers undervalued.

How can you play Moneyball at work?