Should what Blackberry brought us this week be called Innovation? 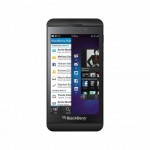 So Blackberry finally released their new phone this week. I happen to use a Blackberry but only because I like the buttons. I have tried typing emails on touch screen based smart phones but my inaccurately big fingers seem to mess everything up so I am relegated to an older ‘not-so-bright’ phone.

The new Blackberry made me look at what they released and question what type of innovation this represents. Experts (of which I am not) typically classify innovation as one of the following types:

RIM’s original Blackberry was a disruptive innovation. No question of that. Apple’s iPhone is probably best seen as a breakout innovation. It upped the level of play but it didn’t establish an entirely new category. (I’m sure you could debate this but if you look closely at how Apple innovates, it typically develops Breakout Innovations like the Mac and the iPod but once in a while disrupts the market with something like an iPad.) Android based phones were probably a Breakout innovation, certainly not Disruptive but in some ways they could be classed as Sustaining as their appeal might be primarily based on price.

The new Blackberry I think is merely a Sustaining innovation. I don’t think it offers anything that is materially new and the key word here is Materially. Easier application switching, blink-less photos, faster loading times? Big Whoop.

It will be interesting to see how this plays out in the market.

February is here, summer can’t be far behind. Have a good weekend.