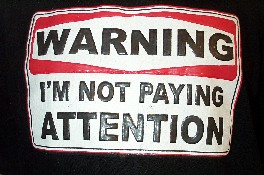 Yesterday’s blog on Personal Attention elicited some sharp emails from a few people not least of which was the story from one former colleague.

He related how he had a boss who left him completely alone. So alone in fact that the only time the boss visited his cubicle in the two years he reported to him was once when he needed to borrow a cable.

I’m not surprised when bosses make no attempt to have a personal relationship with their subordinates, never inquiring about their lives or talking about theirs. After all, some people think that you need separation in order to be a good boss.

Other people resent the intrusion. One woman with whom I worked absolutely categorically refused to discuss her personal life. In fact she made it a policy and was quick to tell anyone about her policy. You couldn’t even go so far as to ask if she had a good weekend.

But I am surprised when it goes as far as to leave the subordinate totally alone. If bosses don’t feel comfortable chatting about personal lives, they can at least chat about what’s going on at work, providing context, asking if help is needed, providing extemporaneous coaching.