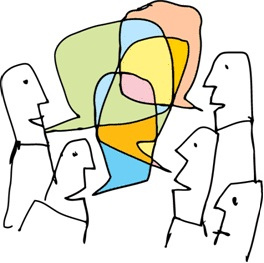 I was naughty the other day and am feeling slightly guilty about it. Essentially, I found myself not willing to share my honest opinion and thus breaching all my rules about open dialogue.

I have always said it is better in a startup and in working with a close team that everyone be free to open up, share his or her opinion in a constructive manner and let the chips fall where they may. Honestly and open dialogue being the best policies.

But I have been criticized for being too critical. (What’s with that?) And since I’m constantly trying to remind myself to use more emotional intelligence (not being noted for that skill), I hung back and didn’t share my honest opinion.

This has led me to struggle with trying to figure out the best balance. How do you practice open dialogue but not be seen as being critical when someone is about to pull a totally boneheaded move?

Some people are great with criticism and others totally shy away from it, abhor it. Do you change your behaviour for those who don’t like criticism or do you just let loose and figure it is their problem.

I can hear those of you who are emotional intelligence gurus trying to tell me that you can deliver a critical message in an open manner and not turn the recipient into a quivering pile of goo. But sometimes it is easier just to stop with the open dialogue and shut up.

What I have decided is that we really need a Festivus Pole at work, available every day. It can be used just like during Festivus, for airing of grievances.

That way, if you’re touching the pole you get a complete bye on critical dialogue. And maybe the pole might even make you think best about how to communicate criticisms in a constructive manner.