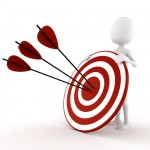 There is more to this staying calm stuff than you might realize. Research is showing that it may be possible to train yourself (or at least train mice) to remain calm in stressful situations. Yesterday’s blog elicited some feedback which took me to a piece of research published by Psych Central.

“In the new Neuron study, Pollak and Kandel sought to tease out the behavioral and molecular characteristics of learned safety in mice.

“The experiments showed that the safety-conditioned mice learned to associate the tone with the absence of danger and displayed less anxiety in the presence of this safety signal.

“Moving to a stress test, Kandel’s team placed the safety-conditioned mice into a pool of water for a swim test. The forced-swim test is commonly used by researchers to measure how antidepressant drugs affect the behavior of mice.

“In this seemingly desperate situation – where the mice have no option to escape from the water — they start to show signs of behavioral despair that are ameliorated by antidepressant medications. We found that the mice trained for safety could overcome their sense of hopelessness in the swim test,” Kandel explained.”

I have been trying to think how this might fit in at work and think that perhaps the use of some object that calms you down might have the same effect. Think of a place that you find very calming, home, the outdoors, wherever it is. Now find some very small object that you associate with that environment. The next time you feel you might be entering a stressful situation at work, hold the object and think of the location from which it comes. I’m going to try this as a technique to see if it actually calms me down.