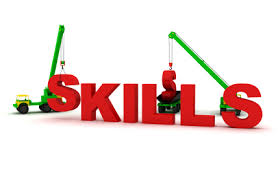 On the other side of the spectrum from Trait Theory is a theory of leadership known as Skills Theory. Developed as a theory by Robert Katz in 1955, it postulates that leadership is a combination of:

According to Skills Theory, learned knowledge and skills are significant factors in becoming an effective leader. It doesn’t deny the usefulness of inherent traits but argues that developing skills are essential to leadership. This of course, is the foundation for all of the effort devoted to leadership development.

To my mind, the whole theory falls apart in the use of the term ‘skills’. I don’t see that ‘playing well in the sandbox’ is skill but more of a behaviour. Maybe I’m being a mite pedantic but I see a real difference between skills and behaviours.

Technical skills may be skills but human skills are better defined as soft skills, or behaviours. In reading that last sentence I’m not sure myself if it makes sense. Being able to use Excel is a technical skill but I wouldn’t call ‘being nice to people’ a skill but more of a behaviour. After all, your mother didn’t tell you to skill yourself but to behave yourself.

Maybe that’s it. Skills are what you learned in school and behaviours are things that your mother tried to teach you.

The problem is that a lot of us really nice people in the field of leadership development are trying to teach leadership (which is half skills and half behaviours) as a set of skills that can be learned.

Since learning skills is way easier than learning behaviours, we don’t make much headway in teaching behaviours and that’s why much of the effort in leadership development is wasted.