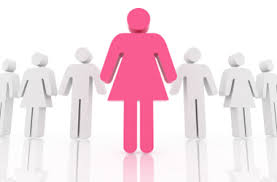 In looking at leadership scandals and the tendencies of today’s political leaders to be Narcissistic Sociopaths, it struck me, where were the women?

As I thought about it more, I realized that very few of the scandals that are plaguing politics in Canada, the US and Europe today are being initiated by women leaders. And what’s up with that? Women are more successful these days in breaking through the glass ceiling but then why aren’t there more scandals involving women?

Are women just more ethical than men? Are the numbers of women in leadership scandals too few or have they not been there long enough for us to notice a trend in woman initiated scandals?

Since Freud says that everything we do springs from two motives: the urge for sex and the desire to be great, one would expect that the combination of the two would result in just as many scandals involving women as men.

But that’s not the case. Scandals seem to be the virtually exclusive purview of men. While leadership isn’t only about avoiding scandals, is it perhaps that women make better leaders than men?