Getting Good at Office Politics 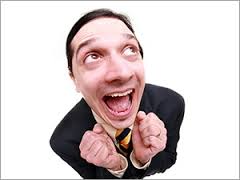 I figured I should follow up last week’s posts about Office Politics with something about how to play the game. But that’s where I got stumped. I never really figured out how to play office politics so was having trouble figuring out how to advise my loyal readers on what to do.

As you might imagine I turned to Google to give me some good advice. Unfortunately I got a lot of smarmy, socially correct, well-meaning posts on the topic. OMG, people do take themselves so seriously. Well that wouldn’t work so I performed a multi-variant analysis using chi-squared techniques on behavior patterns of successful office politicians.

That’s when it hit me. I thought back to all the people I knew who were good at office politics. The one thing they had in common was that they were all giant suck-ups. Now in case you are unclear of what a suck-up is, please check out some marvelous definitions in the Urban Dictionary. (One great thing about the term is that is can be used as both a verb and a noun.)

I thought back to famous suck-ups I have known who made chummy with the boss, were always in her office, sought her out for special advice and overall, talked a very good game without ever producing anything. These were the people who won in office politics.

The people who lost were the quiet ones who just did their job, didn’t draw attention to themselves, didn’t seek special favor and who were just all-round competent. In the end if you’re one of these people, you know who you are because the suck-ups really piss you off.

So if you want to get better at office politics, time to change your behavior and start sucking up.